The Loire à vélo, pedal along a river full of hist

The Vélodyssée or how to discover the Atlantic coa

How to manage weather hazards during your bike tri

Cycling routes in South of France 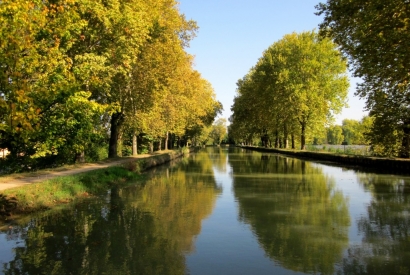 The Mediterranean by bike

Although not all portions of the cycle route are fully finalized, it is our favorite! What is the Mediterranean by bike? Quite simply the road which connects the Pyrenees to the Alps, Spain to Italy along the sea by side roads. This itinerary combines all that one can hope for from a cycling trip: sea, mountains, lakes, vineyards, canals, historical heritage ... A unique experience!

The Garonne Canal by bike

It’s the cousin of the Canal du Midi. It connects Toulouse to Bordeaux. The two routes can be combined to go from the Atlantic Ocean to the Mediterranean Sea by towpaths and cycle paths.

Aveyron Valley and Gorges by bike

For a nature itinerary between rivers, plains and stunning gorges, opt for the Valley and Gorges de l'Aveyron cycle route which departs from Montauban. Less known than the previous routes mentioned, it is nevertheless a small nugget that we invite you to discover. You can also combine cycling with multiple sporting activities such as canoeing, climbing, hiking or horse riding.

Discover the Haut-Languedoc Regional Natural Park via the PassaPais greenway which takes an old railroad from Mazamet or Bédarieux. This cycle route on the mountainside crosses many small villages over a distance of 80km.

The Lot Valley by bike

For a gastronomic itinerary surrounded by nature, opt for the Lot Valley by bike.

This route is fully signposted and will allow you to cycle for 160 km between orchards and vineyards in order to explore the multitude of small authentic villages perched or coiled in a curve of the river.