The bike's history in 5 dates 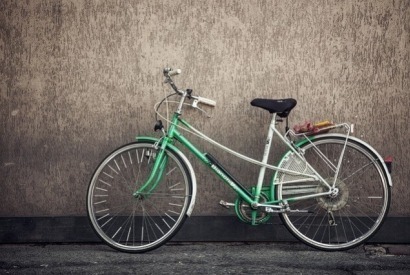 The ancestor of the bicycle is the draisienne, invented in 1817, by a German Baron, Karl Drais von Sauerbronn. It is a wooden vehicle with very little steel, two in-line wheels and a handlebar for steering. For the draisienne to move forward, you need to push the ground with your feet. Imagined in 1817, the invention is patented in 1818. Today, many children are learning to master their balance on a "draisienne" before getting on a classic bicycle with a pedal.

In Paris, in the 1860s, the first pedal velocipedes were sold in the Maisons Sargent, Michaux, Vincent. Pierre Michaux, a locksmith, would have invented the pedal velocipede when a hatter would have brought him a draisienne with a faulty front wheel for repair. One of his sons would have tried it and would have complained about the inconvenience of keeping his legs up once the vehicle was launched. Pierre Michaux would then have imagined footrests positioned on the wheel that allow the wheel hub to turn. 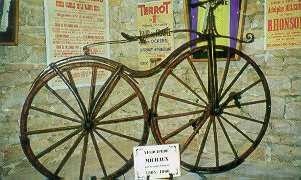 As the pedals are fixed on both sides of the front wheel hub, we had to increase the size of the front wheel to give more impulse to the velocipede at each pedal stroke and thus go faster. The size of the rear wheel is decreased to maintain the balance of the velocipede. The first big-bi, Ordinary appeared in 1872. It was a huge success with the bourgeoisie in England and France.

1880's - Invention of the modern bicycle

In 1884, the chain was invented by John Kemp Starley. He created, with the Coventry Sewing Machine Company, the bicycle with reasonably sized wheels and chain drive. In 1886, Peugeot began marketing these bicycles. Finally, it is in 1888 that John Boyd Dunlop invented the tire and filed a patent. The bicycle became more efficient and more comfortable. In 1891, Edouard Michelin, perfected the tire by imagining the "removable tire", the arrival of the inner tube. We find the two great names of the tire still today.

Finally, at the beginning of the 1890's, bicycles strongly resemble the bicycles we ride today, remains the gear change. 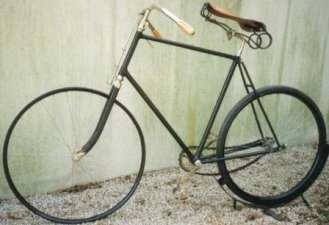 20th century - The rise of the bicycle

At the beginning of the 20th century, thanks to the Second Industrial Revolution, the bicycle became the king of transportation. The first Tour de France, won by Maurice Garin, is carried out in 1903 and meets a real craze and allows to reinforce the popularity of the bicycle.

Hello There. I discovered your blog using msn. That is an extremely smartly written article. I will be sure to bookmark it and come back to read more of your useful information. Thank you for the post. I will certainly comeback.