> Blog> The Mediterranean Sea by bike>Discover Argelès-sur-Mer: a zoom on French Catalan lands 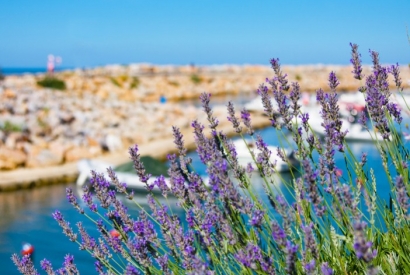 A rich heritage in every way

Visit the city of Argelès-sur-Mer to retrace its history through its rich heritage. The only witnesses of a little-known past, the dolmens of Les Collets de Cotlliure and Sant Pere dels Forquets were erected more than 4,000 years ago. Still in the Albères massif, visit the hermitages of Saint-Ferréol-de-la-Pave, Notre-Dame-de-vie, Saint-Jérôme (from the 10th century onwards) and the chapel of Saint-Laurent-de-Mont (12th century), which are the guarantors of the medieval occidental faith. Other witnesses of the feudal period, the castle of Ultréra (7th century), the castle of Pujol and Taxi d'Avall (11th century) and the tower of Massane (13th century) will surely fill your eyes with wonder!

In the city, you will find the ramparts, which once allowed the city to protect itself against external aggressions. In the 13th and 14th century, it was at the center of the confrontations between the kings of Majorca and those of Aragon. Then it was besieged by Louis XI in the second half of the 15th century. Hostilities with Spain resumed in the 17th century. The city was finally liberated by the French in 1795. Within these same ramparts, stands the church of Notre-Dame-del-Prats and its bell-tower, dating from the 10th and 14th centuries respectively. You can also visit the Casa de l'Albera, an interpretation center presenting the richness of the territory: history, culture, cultural heritage, and know-how. Finally, you will not fail to stroll through the streets of the city in search of the early 20th century villas, testifying the popularity of the city. 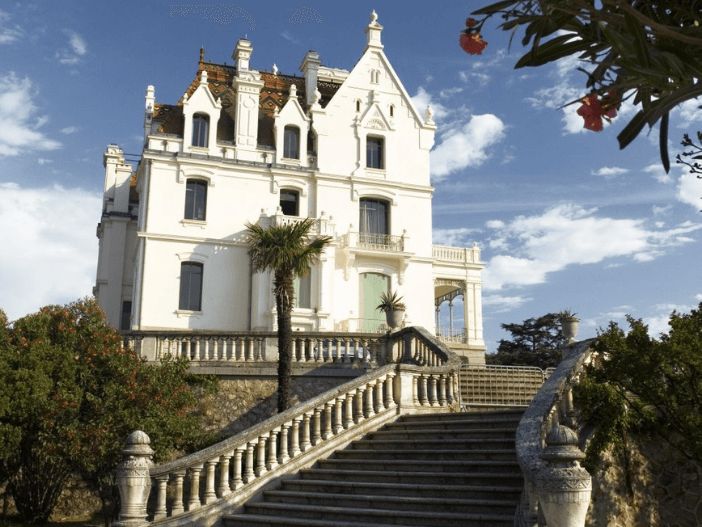 In addition to its well-known beaches, the town of Argelès-sur-Mer has many other natural heritage gems. The reserve of the mas de Larrieu is one of the last wild sites of the Roussillon coast. It gathers nearly 1,200 animal species and 650 species of plants. The opportunity to discover a preserved and extremely rich fauna and flora! Further south, on the border with Spain, in the Albera massif, is the Massane nature reserve, one of the classic stations of international zoology, as well as the Fontainebleau forest. More bucolic and romantic, the municipal park of Valmy will be the perfect place to picnic and relax. You will also have the most beautiful view of the town. 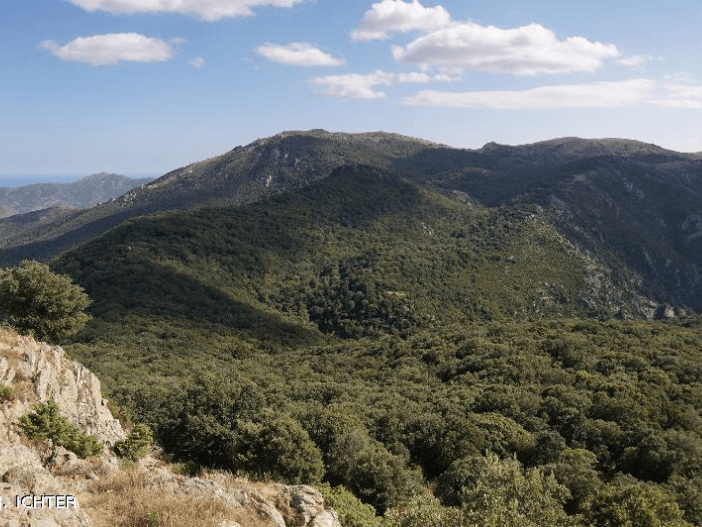 Did you know it? The name of the town refers to the clay soil on which it is built.

Argelès-sur-Mer is a good place to experience slow tourism. You want to take full advantage of this new experience? You just have to choose:

The logic of slow tourism invites you to privilege non-polluting means of transport. So, do not wait any longer: take up cycling! Because the city of Argelès-sur-Mer has also made the choice to promote soft mobility to improve the quality of the environment but also the quality of life of its inhabitants and visitors. Thus, bicycle paths are regularly laid out and will allow you to get around more easily and safely. Cycling will also allow you to cover more kilometers and discover this magnificent region while respecting the environment. The most courageous will be able to climb up to the Madeloc Tower and admire the panorama. Breathtaking view! It will also be the opportunity to reach the French cities of the Mediterranean basin by following the Méditerranée à vélo, a cycling route, by bike. Whether it is for a ride of a few hours or a trip of a few days, Paulette will accompany you! 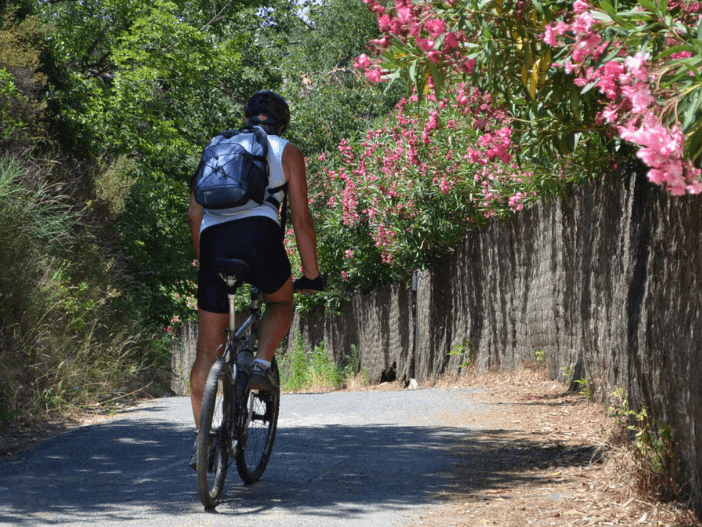 Let’s go on an adventure!

Sea or mountain: why choose when you can have both? Argelès-sur-Mer will satisfy everyone's desires. Everyone can have his or her own micro-adventure!

On the land side, take the coastal path and contemplate the diversity of the landscapes from only one place. Between the smell of wild lavender and the beauty of the Catalan vineyards, you will have a breathtaking view of Argelès and the Mediterranean Sea. For the more adventurous, it is possible to discover the heights of Argelès-sur-Mer thanks to a trail and a mountain bike route. Animal lovers will even have the opportunity to cross the Tech, Roussillon's coastal river, on horseback! Finally, the town is full of little corners where you can play pétanque.

On the sea side, discover the underwater world with fins, mask, and snorkel or during a first dive. Set sail and discover the Catalan coast from a different angle. Take advantage of a kayak trip at sea to admire the sunset. Also experience canyoning and try your hand at paddling down the Tech! 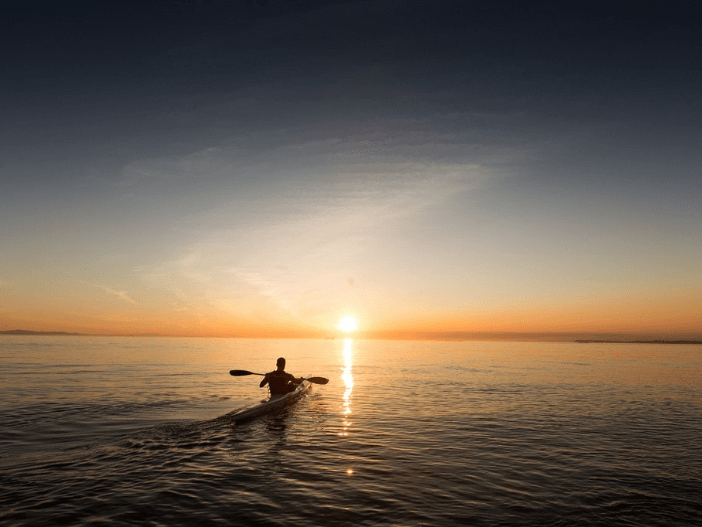 Did you know that Argelès-sur-Mer shares 3 kilometers of borders with Spain? Do not wait any longer, escape to the country of Cervantes: it is only a 2-hour drive from Barcelona!

Visit the city's website for more information: you will find information here !

The culinary specialties of Argelès-sur-Mer are mainly Catalan dishes, standing out for their remarkable diversity.

As a starter, we offer you an escalivada (roasted vegetables) or a paschal omelet (specialty with ventresca, blood sausage, dry sausage, artichokes, and asparagus).  As for the dish, you will find many fish dishes such as bullinada (fish soup with potatoes), Catalan bouillabaisse, marinated anchovies; but also, meat dishes such as duck with pears, pig's trotter with snails, rabbit with peppers, etc. Finally, for dessert, the famous Catalan cream, flavored with lemon, orange, and cinnamon. To accompany all this, you can choose between a Languedoc, a Muscat de Rivesaltes, a Pays d'Oc, and many others, or a craft beer from the Cap d'Ona brewery. 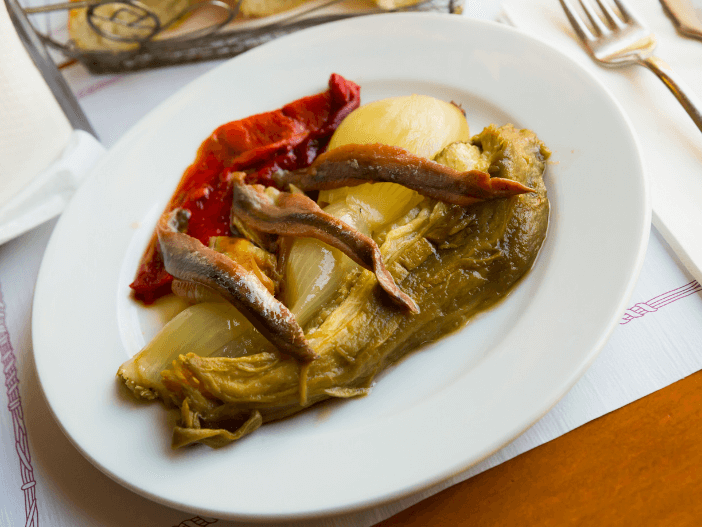 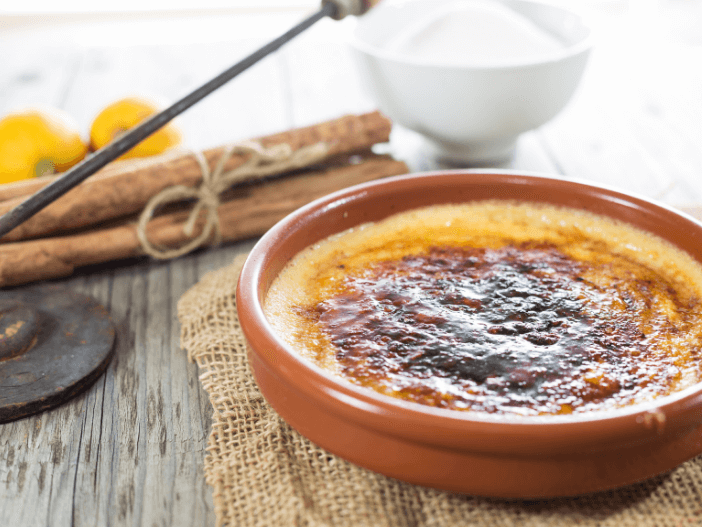