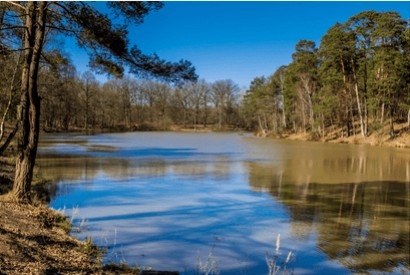 Escape by bike from our bike rental agency in Paris for a day's cycling by discovering a forest even more extensive than the capital; The Forest of Rambouillet.

Leave Paris by riding the Coulée Verte and a segment of the famous Véloscénie which will lead you out of Paris in all serenity thanks to a perfectly fitted out cycling route. It will allow you to pedal quietly by bicycle while passing by the famous Park of Sceaux and the city of Massy.

After these stages, you have the choice to join the Forest of Rambouillet by borrowing the Regional Natural Park of the High Valley of Chevreuse, a rather undulating route which will plunge you in the heart of the nature. You will quickly forget the effervescent atmosphere of Paris. You can also choose a more accessible itinerary passing through the towns of Orsay, Saint-Arnoult and Clairefontaine.

After nearly 4 hours of cycling, depending on your speed, you are nearly 70 kilometers from Paris ! You find yourself in the lung of Paris; having its own network of cycle tracks, it will offer you many possibilities of bicycle rides within it. Take advantage of this to cycle to the various points of interest such as the Castle, the ponds and the animal parks.

For your return to Paris, take the train from Rambouillet station to Paris Montparnasse. Don't hesitate to ask about the train schedules to Paris in order to organize your return in peace. You can also find out about the rules concerning the access of bicycles to the trains to Paris.

Visit our bike rental agency located at 115 Rue Brancion to start your cycling adventure outside Paris!