How to limit bicycle theft 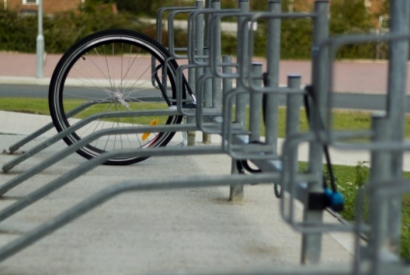 Since the various confinements, bicycle purchases have multiplied. The problem is that the number of thefts has also increased and France is far from being spared; with more than 1,000 bicycles stolen per day and 400,000 per year, it is the 4th most affected country in Europe. However, solutions exist to reduce the risk of theft.

If you can't leave your bike in your garage or at home, try to park it in the busiest place possible. It may seem surprising, but frequent passage will deter thieves.

Securing your bike by tying it up is essential! No matter how long you leave it behind!  Investing in an anti-theft device is essential!  Another thing that may seem trivial but is also essential: remember to secure your bikes even at home! Almost half of all thefts occur on private property, in garages or garden sheds.

The different types of locks

There are cable, chain and U-shaped locks. Cables, which are popular because they are light, are not strong enough to withstand a pinch, while chains are stronger if you buy one with sufficiently large links (diameter greater than 8 mm). Chains are stronger if you buy one with large enough links (diameter greater than 8 mm). Choose chain locks instead, as they are the strongest and, unlike cables, are not easily cut. Chain locks allow you to attach several bikes together. You will also find variants such as folding locks, horseshoe-shaped frame locks that lock the wheel, and alarm locks. The French Federation of Bicycle Users regularly carries out tests on the locks on the market, which you can find here.  To further limit the theft of your bike, make sure you attach the frame and the front wheel to a fixed point.

In 2004, the French Federation of Bicycle Users set up a system that consists of engraving a series of numbers on your bicycle to identify it. For about 10 euros, your bike is registered in a national file. Go to the bicycode website for more information. This BICYCODE® marking makes it possible to return stolen bikes to their owners thanks to the database because the marking system makes it possible to trace them and increases the chances of finding your property after a theft. It also has a dissuasive effect that helps to prevent bicycle trafficking. So it's best to think ahead and have your bike marked, especially as it has become compulsory for new and second-hand bikes sold by professionals! Every year, more than 150,000 bicycles are found, but only 3% are returned to their owners. Marking helps to remedy this.

In the event of theft, you can turn to the home insurance policy you have taken out, which will generally cover the theft of your bike, but under certain conditions and up to a certain amount. Otherwise, you can take out specialist insurance that will cover theft but also damage that may occur when the bike is parked.