4 anecdotes about the construction of the Canal du

Organizing a bachelor or bachelorette party by bik

Paulette's tips: the Vélodyssée, from Nantes to Bo

6 women who made their mark on the world by bicycl

Paulette's tips: the Mediterranée à vélo, from Argelès-sur-Mer to Sète 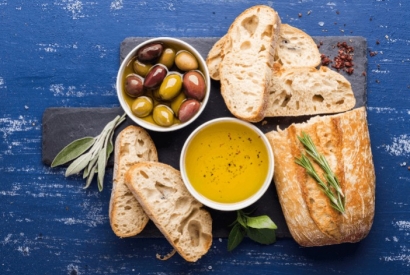 Here are our recommendations from the Mediterranean basin for a top-of-the-line trip!

Sleeping well is the beginning of happiness, right? Find our addresses to sleep well!

Treat yourself to a break in the middle of the vineyards with a view of the Mediterranean Sea. A massage, a wine tasting? What will you succumb to?

Charming hotel located on the seafront. The opportunity to fall asleep with the sound of the waves and admire the sunrise from your bed!

Located in the heart of the city, this is the ideal place to discover Narbonne and its rich historical heritage, all in a Zen atmosphere!

A relaxing and restful interlude in a charming 1830s building. A breathtaking view of the Canal du Midi for a nap in the shade of its trees.

Experience hostel life in this establishment with a modern decor. The opportunity to see the family spirit in the center of Sète!

Because a successful adventure starts with a full stomach! Here are our gastronomic recommendations!

Local, refined and inventive cuisine. Share gourmet tapas and taste the typical dishes of the region.

The Mediterranean in your plate and your feet in the sand! What more can you say?

Products from small local productions, prepared under your nose thanks to an open kitchen! Pleasure guaranteed at the table and at the bar!

Barge atmosphere on this shaded terrace on the banks of the Canal du Midi. A copious cuisine, to share (or not...)!

A tasty and quality cuisine, homemade desserts: everything is done to have a good time!

Fishing village and pond of Canet-Saint-Nazaire

Adjacent to the pond of Canet-Saint-Nazaire, the fishing village is part of a classified natural site. With more than 246 species listed and nearly 200 species of migratory birds, the site is a unique observatory. Depending on the season, you may have the chance to see purple herons, pink flamingos or kingfishers. As for the village, it shelters a set of 10 huts rehabilitated in 1993 with traditional materials. It is in these same huts that the authorized fishermen store their equipment. In the center of the village, you will find the common house, a convivial place where fishermen meet to prepare the eel boil, a typical dish of the region. You will also find a permanent exhibition that describes the history and life of the site. Finally, before heading back on the road, you will not fail to admire the breathtaking view of the Canigou massif.

In the south of the Bages-Sigean lake, 250 hectares of beaches, dunes, garrigues and pine forests shelter an exceptional fauna and flora. Once you have passed the lock house, take advantage of the precise marking (7 kilometers long, 3 kilometers short, all on foot) to immerse yourself in this jewel of biodiversity.

Impossible not to stop to contemplate Narbonne, city of Art and History. Did you know that it was the first Roman colony outside Italy? It was also the capital of the region, formerly called Narbonne. This chapter of its history has left some traces: the Merchants' Bridge, the Roman Horreum and the Domitian Way. Other monuments such as the Archbishops' Palace and the Saint-Just-and-Saint-Pasteur cathedral are well worth a visit! For the gourmets, a stop at the covered market will be welcome...

It was built in the 14th century, on a former Romanesque church. In spite of its unfinished aspect, the collegiate church does not lack interest with its magnificent openwork choir and its bell tower from which you will have a magnificent panorama (and which you will not miss to visit). You will certainly find a resemblance with the cathedral of Narbonne. And for good reason! Both monuments were built by the same teams.

Nine locks of Fonseranes in Béziers

Classified as a historical monument, a great site of Occitania and a world heritage of humanity by UNESCO, the locks are the third most visited tourist site in Occitania. You will have understood, it is a visit not to be missed! But what are the famous Nine Locks of Fonseranes? It is a set of 8 oval-shaped basins and 9 doors, 312 meters long. A real technical feat in terms of civil engineering, it allows barges to cross a difference in level of 21.5 meters. They were put into service in 1697. Moreover, you will find nearby, traditional buildings such as a water coach, stables and a lock keeper's house, necessary for the activity of the Canal.

The site of Malpas

On the outskirts of the village of Colombiers, the house of Malpas takes you on a journey through time. Discover four remarkable sites:

Did you know that Béziers is the birthplace of Pierre-Paul Riquet, designer and director of the Canal du Midi? You should not miss a walk in the long, beautiful and shady Paul-Riquet alleys, lined with beautiful bourgeois buildings. At the end of the alleys is the Plateau des Poètes: 5 hectares of English-style gardens. For Game of Thrones fans, a detour to the Saint-Nazaire cathedral is a must! It was used as a set in the famous series.

The works of the Libron

Unique in their kind, you will not find such an architectural structure anywhere else in the world. The Libron works allow the Canal du Midi to cross the Libron River, which is subject to numerous flash floods. The use of a traditional aqueduct being impossible due to the fact that the two rivers are almost at the same level, the Libron passes over the Canal thanks to two diversions and four movable bridges, and this since 1858. A real architectural feat!

The round lock of Agde

Another architectural curiosity, the lock is located at the entrance of the city of Agde. Its round shape and its three doors allow the boats of the Canal du Midi to choose between three directions: Béziers, Agde and Thau.

The lighthouse of Onglous and the pond of Thau

This is where the Canal du Midi ends, merging its waters with those of the pond. A bucolic place, ideal for a dreamy break.