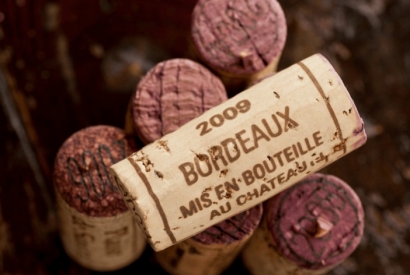 Let us go to Bordeaux, or Toulouse! But always along the Canal latéral à la Garonne. Paulette gives you the best addresses and has grouped together just for you the points of interest that deserve your attention. Have a nice trip!

Paulette gives you a selection of addresses, so you can sleep along the Canal latéral à la Garonne!

This Beaux-Arts castle was built at the beginning of the 20th century and nowadays hosts guest rooms. In the middle of 5 hectares of parks and gardens, you can relax in peace and quiet.

From the studio for 2 people to the family suite, you will find your happiness in this carefully decorated establishment, in the heart of the city center, a stone's throw from stores and restaurants.

Labeled "Accueil Vélo", the Clos d'Any is a 12th century mill that looks like a Provencal farmhouse. You will have the choice between spending the night in one of the rooms decorated according to the travel theme or in a caravan!

Former wine castle in the heart of the Bordeaux vineyard, the 13th century bastide has been converted into a bed and breakfast. You are in the city center and close to the bicycle path. Breakfast is taken at the edge of the swimming pool. What more could you ask for?

This hotel occupies a house of character from the 18th century and owes its name to the 200-year-old ivy covering its terrace. Ideally located in the heart of Bordeaux, you are only 10-minute walk from the National Opera and the city's heritage jewels!

A little hunger? Here is our gourmet list of the Canal de Garonne! Feast your eyes!

It is in the heart of Toulouse, in the shade of the trees of the Place Saint-Georges, that you will be able to share tapas, a meal with family or friends accompanied by a good glass of wine. The menu is renewed throughout the seasons to offer only the best products (promised!).

Established in the former house of the lockkeeper of Montech, on the banks of the Canal du Midi and next to the old paper mills, the Bistro Constant welcomes you on its shady terraces and treats your taste buds as well as your pupils!

Just a stone's throw from the Garonne, you will have the opportunity to enjoy a simple cuisine with good products, in the shade of the arcades or in the intimacy of the patio.

Have you spotted a fish on the stall? It will be cooked and served at your table! Freshness guaranteed! You will not fail to associate the flavors of the sea with those of the land thanks to a beautiful cellar stocked with wines from the region and other neighboring terroirs.

A bistro kitchen, in detail and quality, served in family dishes. The menu changes according to the market, to find in your plate seasonal, local products in short circuit and organic as much as possible. All this is accompanied by natural wines: 350 references of wines, French and foreign, from organic or biodynamic agriculture, are listed.

To make sure you do not miss any of the gems along the way, we have concocted a top 10 points of interest for you!

Kilometers point 0 - The port of Embouchure

The Port de l'Embouchure and the three Twin Bridges serve three canals: the Canal du Midi as far as Sète, the Canal de Brienne which confuses its waters with those of the Garonne a little further on, and the Canal latéral à la Garonne as far as Castets-en-Dorthe. You will not miss to have a look at the bas-relief realized in 1775 by François Lucas.

It is a boat elevator that allows barges to save a considerable amount of time. Until its construction in 1970, barges had to pass through 5 successive locks at one of the highest points of the Canal de Garonne. Thanks to this system, the barges were pulled over nearly 500 meters. The installation worked for about thirty years before breaking down, along with the river freight. The cost of repair was considered prohibitive and the system was never repaired.

Located in the commune of Moissac and 356 meters long, it is one of the longest canal bridges in France. Its beautiful architecture combines brick and stone and allows the Canal de Garonne to cross the Tarn.

This is a must visit! A small medieval town but a major stopover on the road to Santiago de Compostela, Moissac is famous for its abbey, its portal, one of the major sculptures of Romanesque art, and its cloister, considered to be the most beautiful in the world, all of which is classified as a World Heritage Site by UNESCO.

In the 1970s, a farmer discovered the statue of Minerva while ploughing his field. It is actually the villa of Lamarque, one of the most important in Gaul. A beautiful show with an intelligent and lively route, allowing a better understanding of the history, in three stages: a 3D projection, an exhibition and a visit to the largest private thermal area (970 m²).

Built between 1839 and 1843 and 580 meters long, making it the second longest canal bridge in France after Briare in the Loiret, the Agen Canal Bridge rises 10 meters above the Garonne. Thanks to its 23 arches, it allows the Canal latéral à la Garonne to cross the river.

Kilometers point 140 - Damazan and its half-timbered and angled houses

On the banks of the Canal latéral à la Garonne, on the edge of the Landes forest, the village of Damazan was founded in 1259. It has the typical architecture of medieval towns: a central square with a market hall surrounded by corner houses. Formerly a real fortress, the city had a castle and ramparts. Today the facades have been restored: pastel tones enhanced by brightly colored window shutters.

You will find in the old Roman city, the collegiate church of Saint-Vincent-du-Mas, a splendid church built in the 9th century at the request of Charlemagne. It houses "Christ on the Cross", a famous painting by Rembrandt dated 1631.

Abbey of the Sauve Majeure

Listed as a UNESCO World Heritage Site under the Paths of Santiago de Compostela, it is a masterpiece of Romanesque art. It was founded in 1079 and housed at its peak, not far from 300 monks! It was a powerful land seigniory, controlling many priories in Spain and England.

We could not omit Bordeaux from this top 10. After all, it is the wine capital of the world! It is also one of the most beautiful cities in France, part of which is listed as a World Heritage Site by UNESCO. The esplanade des Quinconces, the National Opera, the Place de la Bourse, the Saint-André Cathedral: you will be spoilt for choice during your visits. The quays of the Garonne, superbly laid out, will welcome you for a peaceful walk.

Stay tuned for some new adventures with Paulette!