> Blog> >Electrically-assisted bike or conventional bike: which one to choose?

Renting a bike on the Canal du Midi but what for?

Rent a bike and discover Béziers and the surroundi

5 ideas for a day's bike hire in and around Toulou

Electrically-assisted bike or conventional bike: which one to choose? 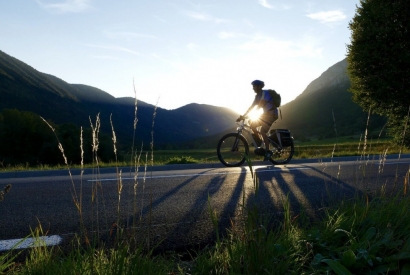 Do we really have to choose between a classic bike and its cousin equipped with electric assistance? There are many dilemmas that should not be decided! Indeed, if they are similar in many ways, they also each have their own advantages. Thus, they can be considered as complementary. In the end, whether you buy or rent, it is simply impossible to choose: everything will depend on the needs and desires of the user.

In terms of technology, a conventional bike and an electrically assisted bike are not fundamentally opposed. The general functioning of the bike remains the same, with handlebars, brake levers, derailleur controls, crankset and brakes. As far as braking is concerned, it is possible to find disc brakes, mechanical brakes or hydraulic brakes on electric bikes, whereas brakes with pads are still very common on conventional bikes. The brakes installed on EABs are more powerful and reactive than their ancestors, perfectly adapted to the sharp accelerations of this type of equipment.
The major difference between the two types of bicycles is on the scales, due to the presence of the motor and the battery on electric bikes. The average weight of a bike with electric assistance is between 17 and 25 kilograms, whereas a conventional bike weighs a maximum of 15 kilograms.
Finally, on the handlebars of the electrically assisted bicycle, it is possible to find an on-board computer that allows you to check the battery charge level and to adjust the power of the electric assistance - generally from level 1 to 5.

In this respect, neither the conventional bike nor the electrically assisted bike has a decisive advantage. Nothing is left to chance in either EABs or conventional bicycles: seat quality, handling or frame ergonomics. Comfort is also subjective and will vary from person to person. In any case it is possible to make a bike more comfortable by adding accessories such as a saddle protector. Thus, comfort does not depend on whether the bike is motorised or not.

With its electric motor, the electrically assisted bicycle increases the rider's strength tenfold. This is a useful aid for carrying children or loads without having to make a major effort. The positioning of the motor will have an important influence on the riding experience. It can be placed in several places on the bike:
- in the front wheel - unintuitive pulling sensation, unpleasant on wet/gravel roads;
- in the rear wheel - feeling of propulsion for the rider;
- or in the crankset - motor positioned at the centre of gravity of the bike, sensors that are able to adapt the assistance according to the power provided by the rider: a smooth ride!
Take into account, however, that if you ever run out of battery power during a ride, using the EAB as a conventional bike will be more difficult than a muscle bike without a motor, because it is much heavier. You will have to multiply your efforts.

Even with an electrically assisted bike, it will still be necessary to pedal to move forward. In fact, the advantage of the motor is that you can quickly reach cruising speed without having to make the effort of a conventional bike. A great advantage for getting to the office without breaking a sweat!
However, the famous myth of the electric bike being much faster than a conventional bike should be put into perspective. Electric assistance is limited to 25 kilometres per hour in order to comply with European regulations. Thus, electric bike users travel at an average of 19 km/h, while traditional cyclists reach a speed of 15 km/h.
Whether or not it is equipped with a motor, a bicycle allows you to travel at the same speed as a car in the city, without the inconvenience of traffic jams, parking or pollution, and without the problem of traffic jams and delays!

Which bike for which route?

These two bikes are complementary, and everything will depend on the use that will be made of them. In fact, two criteria must be taken into account when choosing the equipment: the distance of the planned ride and the weight of the load (front/rear panniers, rucksacks on the luggage rack). The electric bike has many advantages, as it smoothes out all the hills and allows you to ride with top cyclists on long rides. However, for shorter distances, the lightness of the traditional bike is unmatched. However, for daily use on the way to work, having an electric bike reduces the effort and sweat. So, these two bike models will satisfy all the cyclists' desires!

It's up to you to take all these elements into account, to make your choice according to your use and the criteria that seem most important to you.